Why is resilience in leadership important?

Written by Paul Glatzhofer, VP of Talent Solutions
Previously published by PSI Talent Management or Cubiks, prior to becoming Talogy.

How much does resilience in leadership affect an organization?

Resilience is a word that comes up a lot when talking about an individual or team that is behind. For example, I remember watching the Boston Red Sox make a miraculous comeback in the 2004 ALCS against the New York Yankees to overcome a 3-0 series deficit and go on to become World Series Champions. I also remember how the word resilience came up again and again during that comeback. But what is resilience really?

Researcher and Psychologist Ali Shalfrooshan has reviewed what underpins effective performance in challenging times and identified that resilience is made up of eight personal strategies:

I think almost everyone would agree that resilience is a positive trait to have. But how much does it change the outcome to have leaders who are resilient? I would argue that it makes an enormous difference to the eventual outcome. Would that series have had the same outcome if the Red Sox general manager, coach, and team captain stood up before game four (the first of four elimination games they would face) and said, “We gave it our best shot, but the mountain in front of us may be too big…let’s just give it the old college try.”

To be honest, in that situation I probably wouldn’t have blamed them. They lost the 2003 ALCS to the same Yankees team with a walk-off home run in game seven, which was enough to crush anyone’s belief in themselves (it certainly crushed the fan base’s optimism – and I should know, as I lived in an area of the country where the Red Sox/Yankees rivalry was second to none).

Company and team culture and tone starts with the leaders

The leaders who have resilience, and are also able to positively influence those around them, experience very different outcomes. An important question on this topic is whether resilience is a personality trait or something that is learned and developed over time. Did the Red Sox simply recruit and sign players with a high degree of resilience, did they develop those players into being resilient, or can the players’ success be attributed their leaders?

Based on research from Ali and the group of researchers from PSI, I would argue that it is all three of these things. Organizations should aim to hire people who are already resilient, they should help their employees develop these skills (the research clearly shows that there are tactics that can be used to positively change the amount of resilience a person has), and finally, but just as importantly, companies should ensure their leaders are able to influence others to their point of view.

As a result of both the Fourth Industrial Revolution and the recent pandemic, change is now constant and relentless.

Despite the vast opportunities that change enables, issues like increased stress, burnout, and lower well-being are on the rise – highlighting the undeniable importance of organizational resilience.

To survive and thrive now, it is essential for leaders to build their resilience to be able to respond to change well and recover from setbacks. As they learn this, they then directly impact the resilience of their teams since the most critical ingredient for a resilient organization is its resilient people.

It has been shown that highly resilient employees are 43% more productive, 47% more engaged at work, and twice as likely to stay at their current organization. 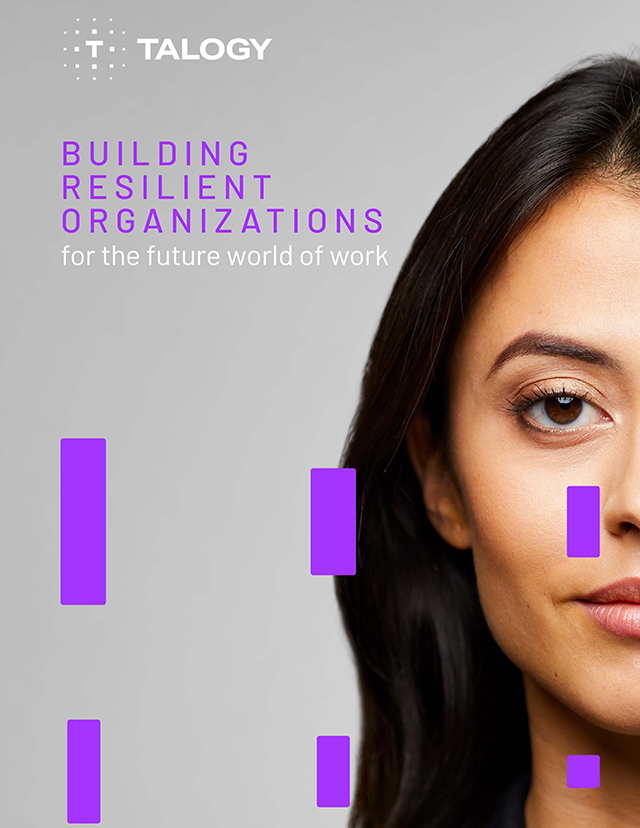