What are dark personality traits and what impacts do they have?

The Dark Triad (DT) consists of three malevolent personality traits, narcissism, psychopathy, and Machiavellianism. They are often measured together because they are moderately interrelated and tend to predict similar outcomes.

Measures of the DT were initially developed for clinical purposes. They have since moved beyond that realm for use in non-clinical settings like the workplace. Most of these measures are traditional self-report personality instruments where individuals respond to a series of statements related to their attitudes and beliefs. But there are some concerns with this type of measure – they can be susceptible to response distortion by the respondent, particularly when the instrument is being used for decision-making purposes such as employee selection or promotion. While there is evidence to support the use of these instruments, the deceitful and manipulative nature of individuals high in DT begs the question: Would a less transparent approach be more effective?

In general, individuals tend to deemphasize their negative traits more than exaggerate positive characteristics. This can lead to deflated scores on negative traits. Individuals high in dark traits are more likely to fake responses based on their personality. They have the largest opportunity to do so because their true score is high, so they have more room to recognize this and decrease their self-rating, therefore reducing the overall score on that particular trait. Such individuals also have an increased motivation to fake responses because they have a propensity to self-enhance, and a personality test presents a trait-relevant situational cue that encourages expression of this self-enhancement propensity.

Recent research suggests that established models of normal personality can be used to understand narcissistic or psychopathic tendencies embodied by DT. At Talogy, our researchers are actively exploring how to leverage predictive modeling techniques to capture socially undesirable traits in self-report assessments, such as DT. Specifically, machine learning applied to item response data from normal personality instruments to extract response profiles and patterns that are predictive of dark trait scores. This approach can be most effective when using items that are not transparent and don’t have a ‘correct’ answer, per se.

Items relating to utilitarian thinking were associated with elevated psychopathy and Machiavellianism. Both of these dark traits are characterized by shallow emotional affect. So, it follows that decision-making processes would not include emotional information.

Also, we tend to see that dark traits have an interesting relationship with creativity, or preference for abstract thought. Theoretically, artistic creativity is related to socially unacceptable traits, such as a tendency to behave contrary to the norms, being opposed to the rules accepted by society, and non-conformity. One can see how this would be associated with the likelihood of engaging in anti-social behaviors. In addition, people high in Machiavellianism or narcissism are more prone to engage in scientific or artistic creativity, if these actions will lead to being viewed as more prestigious and of higher status.

Past research and our own data indicate that even mild elevations of dark traits are associated with problem behaviors that may manifest in a work setting.

These negative consequences include:

In sum, individuals possessing dark traits are generally not beneficial to the effectiveness of an organization and its employees.

It is important to note that these algorithms are not based on one or two responses, but a pattern of responses derived from both psychological theory and empirical data that would indicate a greater likelihood that an individual is on the higher end of one (or more) of the DT traits.

Moreover, we want to emphasize that these subclinical measurement approaches cannot replace proper professional clinical diagnoses of personality disorders. An individual may indeed score high on one or more of these scales and still not meet the clinical criteria for personality disorder. However, it is encouraging to see that leveraging data science can help us measure traits that have been traditionally more difficult to capture, and which may have a significant impact on work behavior.

What you need to know to get started

Organizations are increasingly turning to the concept of “culture fit” for successful recruiting and hiring. Ensuring that new hires have values and beliefs that align with those of the existing organizational culture can be even more important than skills, qualifications, and experience when it comes to successful hiring decisions. 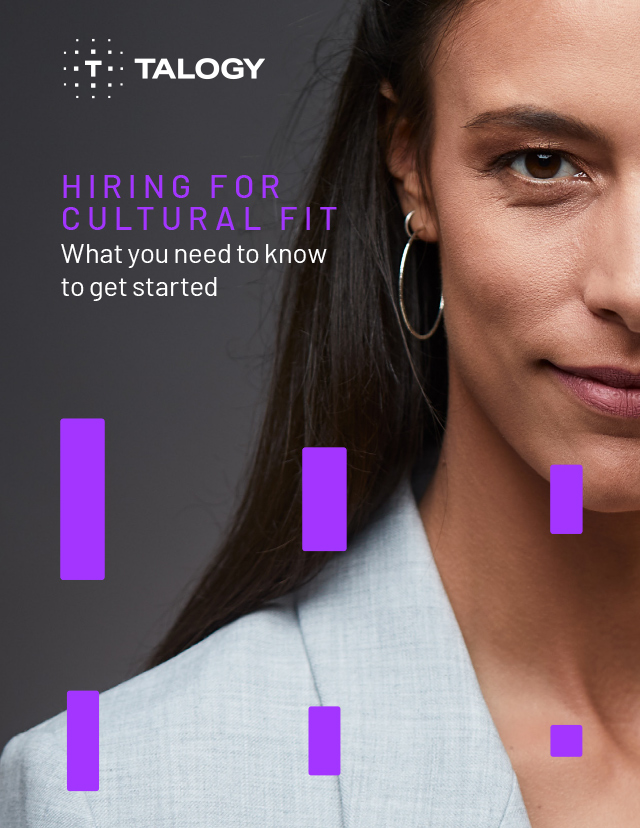