Cognitive ability tests’ powerful success in predicting job performance is well-established in pre-employment testing literature. But accompanying those findings are concerns around the consistent observed mean score differences between minorities and whites. Implications of these subgroup differences raise serious questions about how the use of ability tests may affect the diversity of the workforce. While these concerns are warranted, research has shown that it is possible to implement cognitive ability testing while preserving assessment fairness across subgroups.

Many general ability tests rely heavily upon quantitative and verbal abilities, which are partially reflective of education and familiarity with specific content, such as language and numbers. These tests may screen out individuals with fewer educational opportunities, even though these individuals may have the levels of cognitive ability necessary to be successful.

Items that measure spatial abilities, however, often do not require the test taker to have any prior knowledge or experience. Spatial abilities are fundamental to how we learn to process information and develop problem-solving strategies for everyday tasks. They describe our ability to organize and interpret the information we see and give it meaning, allowing us to form thoughts, make decisions, and create action.

Notably, image rotation ability, or the ability to mentally rotate an object in three dimensions and visualize structures from several viewpoints, is particularly important. The ability to create mental representations is essential to almost all forms of reasoning. Researchers have linked spatial abilities to achievement in mathematics, including geometry, algebra, data visualization, and computational thinking. Not surprisingly, strong spatial skills are consistently predictive of success in STEM careers, as well as in the fields of design, graphics, architecture, medicine, and mechanics.

We believe spatial abilities are too often overlooked as an important component of cognitive ability. In the past decade, educational psychologists have emphasized the importance of assessing spatial abilities during childhood. Unfortunately, the consequences of an overreliance on traditional verbal and quantitative content to identify ‘gifted’ students in educational testing have contributed to an already insurmountable gap between the privileged and the marginalized. As a result, educators are being encouraged to put more focus on spatial abilities to tap into a larger diversity of student strengths.

There are related implications for pre-employment testing. If we can shift priorities to develop assessments that tap into spatial skills that we know are as predictive as verbal and quantitative tests, we can reduce the risk for adverse impact on minorities and enhance the diversity of the labor force.

We have preliminary evidence to support this notion, based on a pilot study using Talogy’s Mindgage cognitive ability assessment series. Mindgage uses spatial and mental rotational modules with an interface that is predominately non-verbal, easy to understand, and doesn’t require prior knowledge. The group differences observed in our pilot samples are truly remarkable; we are seeing a large reduction in mean differences among protected groups for minorities and females.

Group differences on high-stakes tests are only one example of the consequences of the systemic and historical inequalities in our society. Nevertheless, as psychological scientists, we have a duty to use our expertise to help provide a route to more equitable testing wherever possible. The good news is this has been a priority in the field of I/O psychology for decades, and breakthroughs like those that we are seeing with Mindgage demonstrate the progress being made with even more predictive and fair assessments.

The potential for Artificial Intelligence (AI) to significantly enhance how we hire and develop talent is incredibly exciting.

But let’s be clear, the results to date haven’t always been positive.

In this whitepaper, we provide a balanced and transparent overview of the pros and cons of using AI in talent management – highlighting where our industry can benefit from its powerful analytical potential, and flagging areas where AI techniques should be approached with caution. 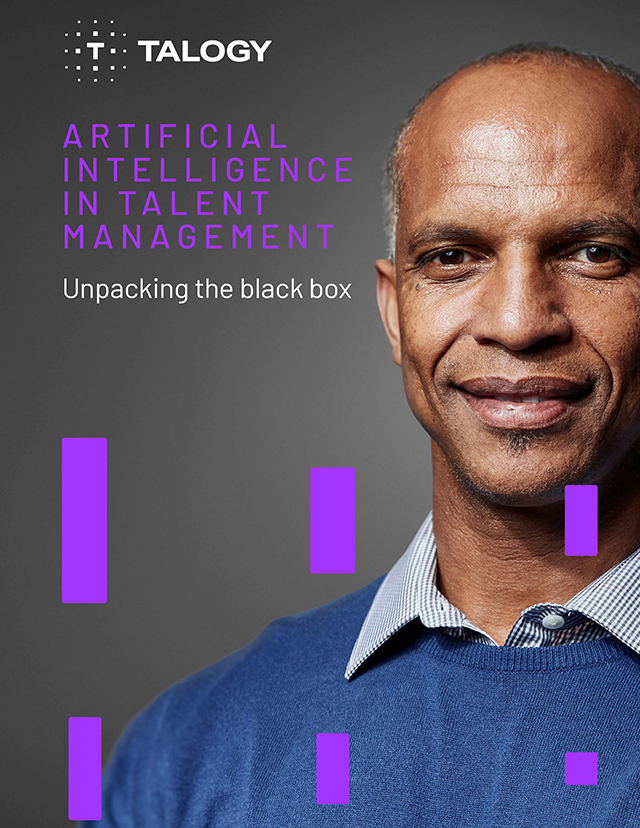