Leadership has so many important facets. One of those is attitude. When a leader has a positive outlook and mindset he or she can create effective change on multiple crucial organizational outcomes. This attitude can be contagious and spread quickly creating a culture of positivity, loyalty, and trust. I’ve highlighted three ways that positive leaders can make an organization more effective.

Kim Cameron, a professor at the Ross School of Business at University of Michigan, has studied the effects of positive leadership for years. His research shows a link between positive energy of leadership and an increase in job satisfaction, well-being, engagement, enrichment of families, and performance. It also shows that team leaders that produce positive energy help increase team cohesion, experimentation and innovation, team learning orientation, and team performance.

Research from the Institute of HearthMath Research Center shows that there is an actual changing in heart rhythms when a person feel frustration and when they feel appreciation. The heart rhythm for frustration is irregular and random, while appreciation is consistent and balanced. Another study showed that mental acuity is greater when positive events are imagined, compared to negative events (Sharot, Riccardi, Raio & Phelps, 2007). Positivity is also proven to enhance nerve functioning and long-term wellness (Cohn & Fredrickson, 2011).

Using a positive attitude measurement scale in your hiring process will help identify candidates who are positive. Positive attitude is correlated with performance for many jobs. In a meta-analysis study done recently, a measure for positive attitude within an online hiring assessment resulted in a strong correlation with high objective performance metrics in a call center environment. The data included almost 4,000 individuals and seven different studies.

The research shows that focusing on the positive can have a significant impact on the following:

If we stop and think about this concept for a second, we quickly realize the truth in it. I know I’ve worked with leaders who were so positive that it kind of drove me crazy. Honestly though, I admit it was very difficult to have a negative attitude around them. It reminds me of dialog between two high school football players in the movie, Remember the Titans. After a player says he’s going to look out for himself rather than seek the best interest of the team, the captain responds by saying, “See man, that’s the worst attitude I ever heard.” To which the player throws back, “Attitude reflects leadership, captain.” If we don’t lead with a positive attitude, we cannot expect others to follow with a positive attitude.

When an employee knows his/her boss cares about him/her and seeks out his/her best interests, trust is established. When an entire company is led by an individual with a positive outlook and believes in a better future, it builds loyalty, trust, and so much more. You can see what I mean with the following example. On September 11th, 2001 the terrorist attacks on New York City took a toll on the airline industry. 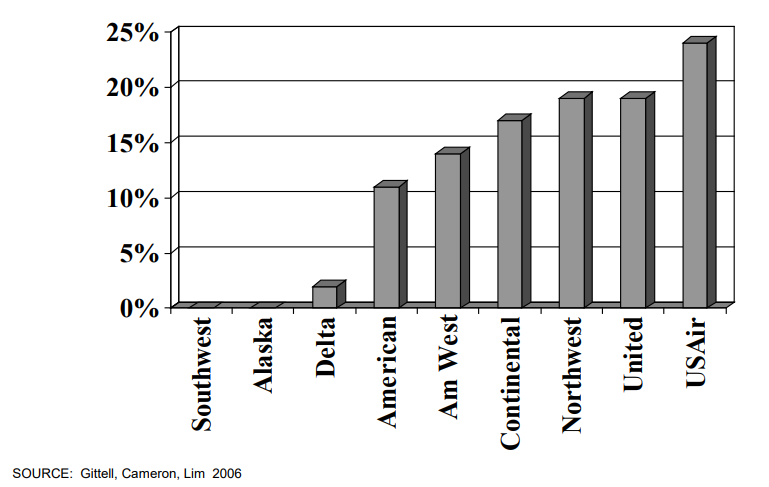 When Southwest CEO Jim Parker was asked about the decision to not make layoffs following the terrorist attacks of September 11th he stated:

“Nothing kills your company’s culture like layoffs. Nobody has ever been furloughed [at Southwest], and that is unprecedented in the airline industry. It’s been a huge strength of ours. It’s certainly helped us negotiate our union contracts. One of the union leaders came in to negotiate one time and he said, ‘we know we don’t need to talk with you about job security.’ We could have furloughed at various times and been more profitable, but I always thought that was short-sighted. You want to show your people that you value them, and you’re not going to hurt them just to get a little more money in the short term. Not furloughing people breeds loyalty. It breeds a sense of security. It breeds a sense of trust.”

In the years following, Southwest stock recovered the quickest out of all the airlines.

While positive leadership and a positive culture is not the only key to organizational success, it is definitely a part of the complete package that will elevate individual contributors, leadership, and the overall culture to an elite level in the corporate world. It’s an area worthy of constant focus on the individual and unit level.

Although many believe unwanted turnover is difficult to fix, there are very clear ways to understand how it impacts your organization and what can be done to reduce it.

Organizations who have “solved” this problem do several things differently than their counterparts – and they all center on effective leadership.

As we all know, there are many reasons why employees leave. And some of this turnover should actually be categorized as “good turnover” (e.g. managing out poor performers).

However, as we research unwanted turnover, there is a common thread underlying the reasons people leave and it is directly tied to their relationships with their manager and other leaders within the company. 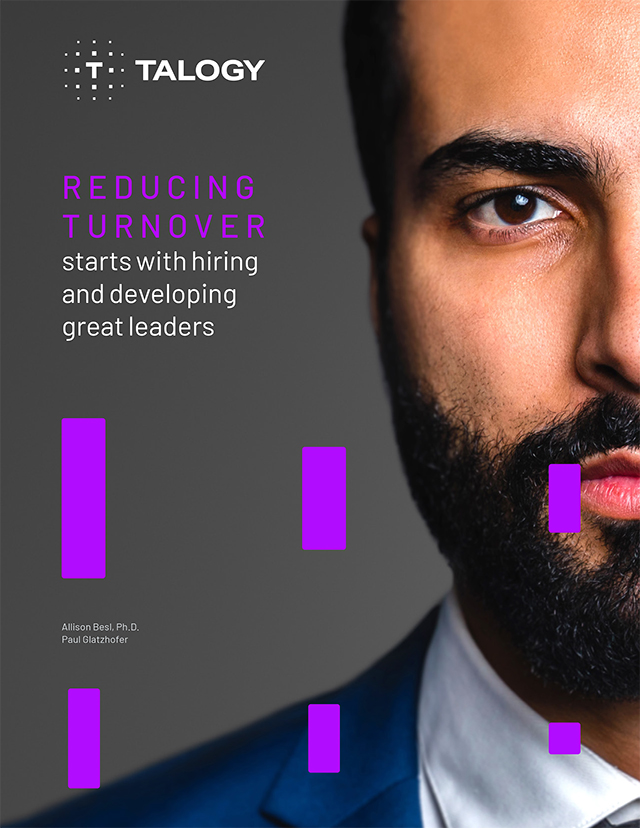